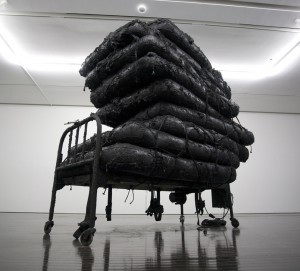 “matter and energy are really different forms of the same thing. Matter can be turned into energy, and energy into matter. This process involves the complete destruction of matter, and occurs only when that matter meets an equal amount of antimatter … a substance composed of matter with a negative charge.”
– Albert Einstein

The fascination that rural India evokes in the eyes of the world is clichéd. But, the ‘race against time’ is just as fascinating to the rural mind. The sudden shrinkage in the size of this world due to technological ‘advances’ has kindled many ‘revolutions’ and has pushed the human mind to cross many barriers. We are taught to believe that the life is very complex. For most of us, growing up has been a kind of preparation to face the challenges this ‘rat race’ might throw up. The absurdities we see around us are actually the ‘survival skills’ for all of us in the race. For some, this might have been a race to ‘win’ and for some, this might have been a race for ‘survival’ or even ‘failure’. But every one of us must run this race. This inevitability in life has been the root of many ‘successes’ and ‘failures’. Somewhere in between lies the ignition point I am talking about. This ignition point where “matter” meets “antimatter” is where my explorations begin.