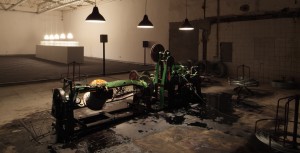 Oh Lord, the best among the givers of benediction, if you are pleased, grant me a boon. Let me not die from the entities created by you. Let there be no death for me inside or outside, in the day or in the night, by any weapon, neither on the earth nor in the sky, and neither by human beings nor by animals. Let not death be caused to me by living or non living, neither by gods nor by demons, or by the great serpent. Let there be no one capable of competing with me. Let me establish my lordship over embodied beings and all great deities of nature. (Hiranyakshipu’s demand for boon – Ref.: Srimadbhagavatha)

A placebo (sugar pill) in the guise of a stimulant can increase the level of our vitals (heart beat, pulse rate, blood pressure…) and in the guise of a sedative can produce sleep. “Fight or flight” is our physiological reaction to anticipation, stress, anxiety, anger, fear… etc. We have problems and we have solutions. But we do not know whether these problems are really problems and whether these solutions can really solve these problems. We continue our life with a belief that we are moving in the right direction and the problems will get solved one day.
A PLACEBO EFFECT!!!

While Tallur’s recent work can be situated in a post-conceptualist lineage of object and installation oriented practice, it is also interesting to think about his work following in the footsteps of the late self-taught painter Bhupen Khakhar (1934-2003) who having failed the entrance test for the same degree in painting, had spent two years (1962-64) studying art criticism at the same school two generations before Tallur (1998-99). I invoke Khakhar here to situate Tallur in a trajectory of subversive absurdity in contemporary Indian art. While it is true that owing to their difference in age and material practice, Khakhar may not be a prominent figure in Tallur’s own account of his influences, it remains art historically attractive to place Tallur’s practice in a tradition of the absurd that is so vital to international (and Indian) accounts of modernism. Like Khakhar, Tallur is attracted to kitsch and popular culture; he is fascinated by the morbid and the macabre; he is both an “insider” and an “outsider” to the painful humour of a vernacular culture in transition, inevitably displaced and irredeemably distanced both from local roots and the spectral phantasms of cosmopolitan experience. Alongside Khakhar, the example of Atul Dodiya (b. 1959) is significant in devising an art historical ancestry for Tallur, particularly in embracing the culture of kitsch, and in the critical use of popular imagery and practices of memorialisation that are suffused with a deep disquiet. Unlike his elder contemporaries, however, Tallur more completely partakes of the deliberate conceptualist strategy of aloofness and distance. His work warily skirts the edge of emotional investment in his subject, while offering the audience a series of deferrals that simultaneously tantalise and confound, not least because of the exotic nature of their forms, materials and references.

(extract from an essay by Chaitanya Sambrani)